The newly published article Calprotectin is superior to procalcitonin as a sepsis marker and predictor of 30-day mortality in intensive care patients in the Scandinavian Journal of Clinical and Laboratory Investigation, is based on a prospective observational study in an ICU unit at Östersund hospital in Sweden. A total of 271 patients are included in the study.

The aim of the study has been to compare the performance of calprotectin as a biomarker for sepsis and predictor of mortality in ICU patients with the more widely used biomarker procalcitonin (PCT). You can read the full article here. This article is based on the same study that was presented at the International Sepsis Forum in Bangkok in 2018.

In this study plasma calprotectin has been measured with a particle-enhanced turbidimetric assay (PETIA) methodology. The study has used calprotectin reagents from Gentian and a Mindray BS380 chemistry analyser. Aleksandra Mandic Havelka, Director of Clinical Affairs in Gentian is one of the co-authors of this article”.

Background for the study

Sepsis is the most frequent cause of admission to intensive care units (ICUs), and the most common cause of death in ICUs [1]. Since sepsis is associated with non-specific symptoms it is difficult to diagnose [2]. A rapid and correct diagnosis and initiation of therapy is therefore very important for improving patient outcomes, as any delay in treatment will increase mortality [3].

Biomarkers have an important role in both the detection of sepsis and the estimation of the severity of the disease. A widely used biomarker is C-reactive protein (CRP), but since CRP is mainly an inflammation marker, the specificity in sepsis has been challenged [4]. Procalcitonin (PCT) is together with CRP the most widely used sepsis biomarker today. PCT has been proposed as a more specific [5] and better prognostic [6] marker than CRP, but this has also been questioned [7].

Determination of serum calprotectin has been proposed as a valuable biomarker for diagnosis of sepsis [8-11]. Early release of calprotectin from activated neutrophils along with short test turn-around-times with a PETIA assay suggest that calprotectin can become a useful sepsis biomarker.

PETIA is a technology that can be applied on routine chemistry analysers available at most clinical chemistry laboratories. In comparison with enzyme-linked immunosorbent assay (ELISA), PETIA is designed for measuring single samples, and thus, significantly shortens the time from test to results. This is especially important here, as sepsis is an acute condition that requires rapid test results.

The levels of plasma calprotectin were significantly higher in patients with sepsis when compared with patients with trauma and other non-septic conditions. The calprotectin concentrations at admission were also higher in non-survivors than in survivors at day 30. Levels of PCT in plasma did not differ significantly between septic and non-septic patients nor in survivors compared with non-survivors.

In our study, calprotectin was superior to PCT for distinguishing between ICU patients with sepsis and non-sepsis. Calprotectin had also higher predictive ability regarding 30-day mortality.

Our use the link below to read more:

* The authors have no financial conflicts of interest 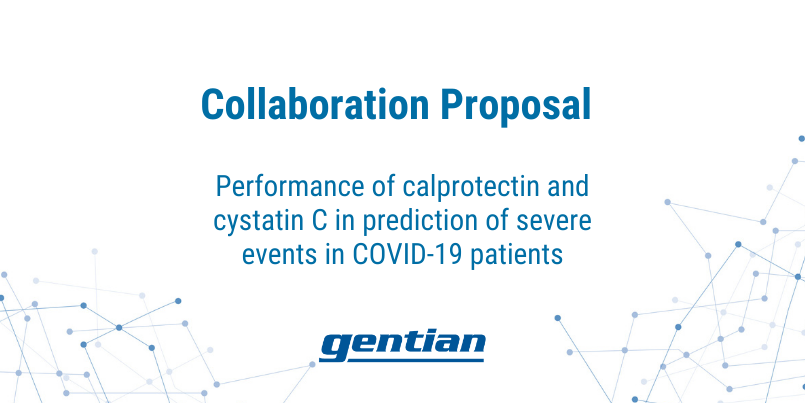 We at Gentian AS believe it is the duty of all companies in the health industry to help combat the ongoing.. 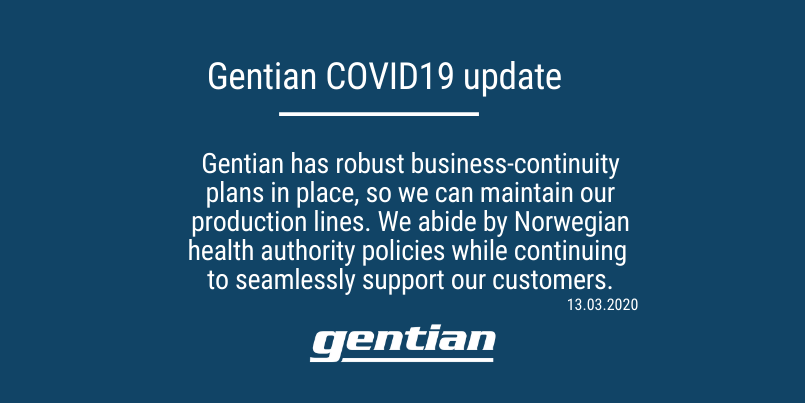 Statement to Customers on COVID-19 Concerns

At Gentian, the health and safety of our employees, as well as our customers and partners, is of primary.. 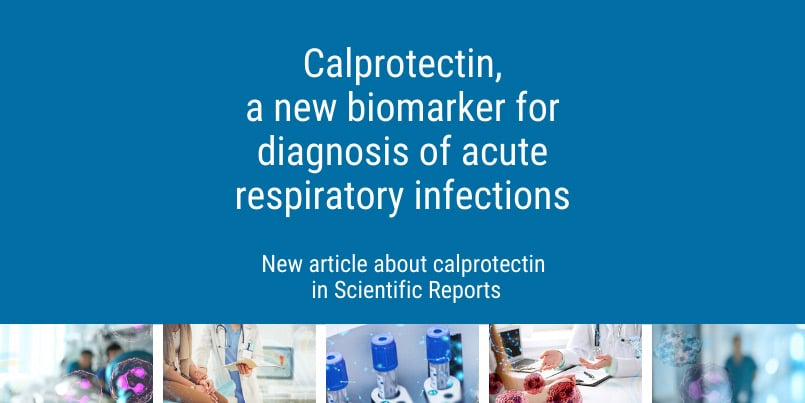 Calprotectin, a new biomarker for diagnosis of acute respiratory infections*